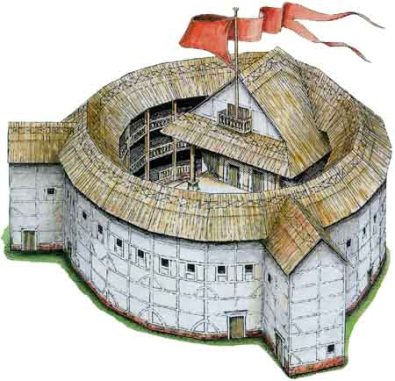 New episode! In episode #11, I explore what life was like on the Elizabethan stage, from its naive origins to the messy, democratic, bawdy theatre world Shakespeare inherited. Join me as I learn about the original hellmouth, why the Puritans were so opposed to the filthy theatre, some fun things to do with a donkey, and how many days it takes to dance your way from London to Norwich…

You can find me on Facebook, Twitter, or by email at podcastshakespeare@gmail.com. You can subscribe to the podcast at iTunes, Stitcher, Soundcloud, or download direct from Libsyn. The Patreon campaign is up and running, with bonus Sonnet episodes! We also have a Spotify playlist, which will be updated as we work through the plays.

Key links below. You can also visit the bibliography page here, which is a work in progress.

Thomas Norton and Thomas Sackville, The Tragedy of Gorboduc (1561-62);

Representation of the Globe Theatre, at the website of Saint Ignatius College, Geelong;

Henslowe’s diary… as a blog!;

Music in the Time of Shakespeare – Gigue;

Blossom Dearie: Life Upon the Wicked Stage (from Show Boat);

Judy Garland: No Business Like Show Business (from Annie Get Your Gun);

Jason Alexander: Comedy Tonight (from A Funny Thing Happened on the Way to the Forum, excerpted in Jerome Robbins’ Broadway);